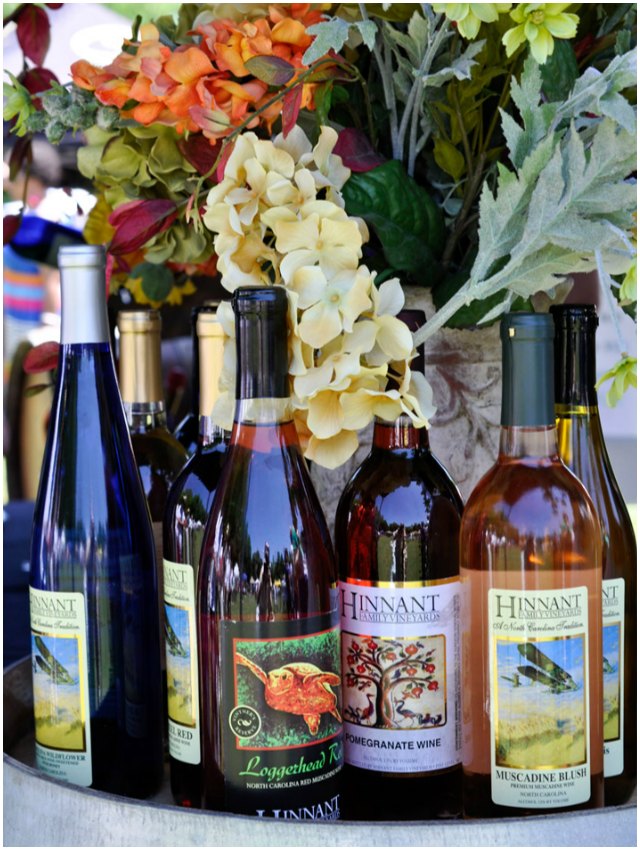 This weekend was the North Carolina Wine Festival, held at Tanglewood Park, in Clemmons, N.C., which is about 35 minutes from Greensboro, but still in the Triad area.  While this time of year inspires several wine festivals throughout the state, this is the largest annual festival, with over 20 local wineries presenting tastings and samples.

Vlad and I spent the day wandering through the park enjoying the sunshine and a few glasses of wine.  Represented among the booths was Rocky River Winery located near my hometown of Concord, and several wineries from around the Triad area.  I loved trying the wine that had titles and flavors revolving around life in North Carolina, like the Loggerhead Red, or the Carolina Blush.  But the most impressive item for sampling for me was the wine ice cream!  I don't about you guys, but that pretty much puts two of my favorite things into one savory dessert!  With 5-6% alcohol and real fruit pieces, the peach was my favorite with black cherry (a lavender colored ice cream) as a close second!

We ended up visiting about eight of the booths, but our favorite was the first booth of the day, Slightly Askewed Winery from Elkin, NC.  Before we left we made sure to stop back by and snag a bottle of pomegranate wine to enjoy later!  Most of the wineries were having tastings of their sweet and fruit wine selections for summer, but some of them were just entirely to sweet for my taste.  However Slightly Askewed also had peach, black cherry, and blackberry acai wine that were delicious and all while fruity and full of flavor, were not too sweet to sip on!

It was a beautiful day for the festival, with the willow trees swaying in the wind and the elegant sun hats to shield the rays, it was a southern event for the season!  This was my first wine festival and I'm already excited for next year! 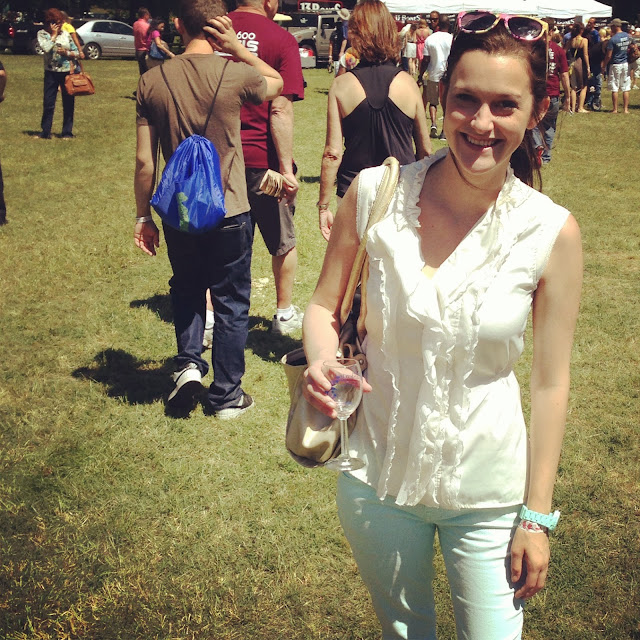 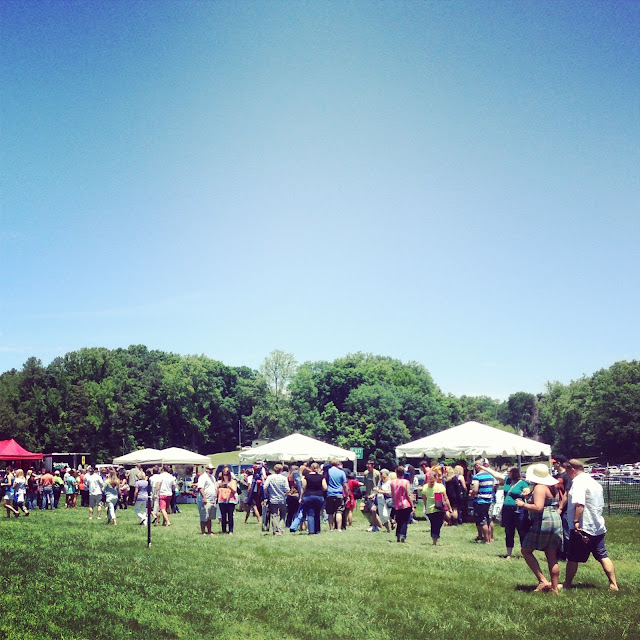 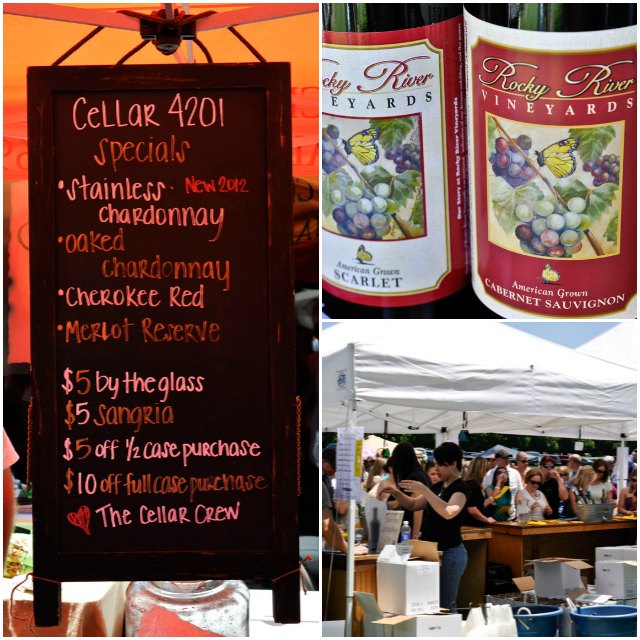 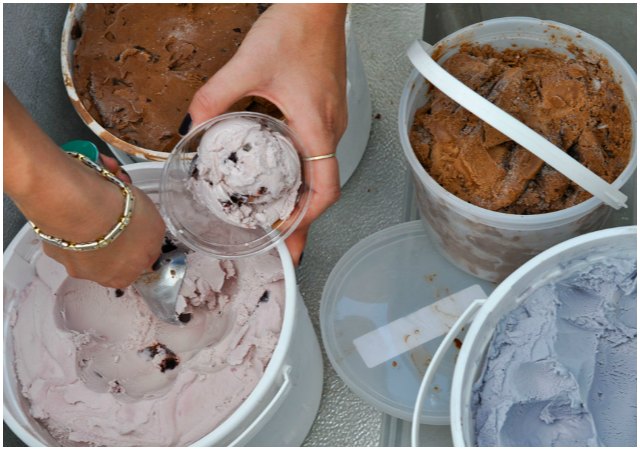 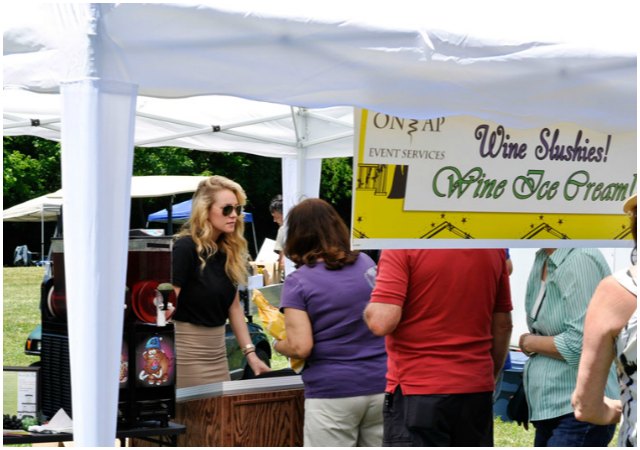 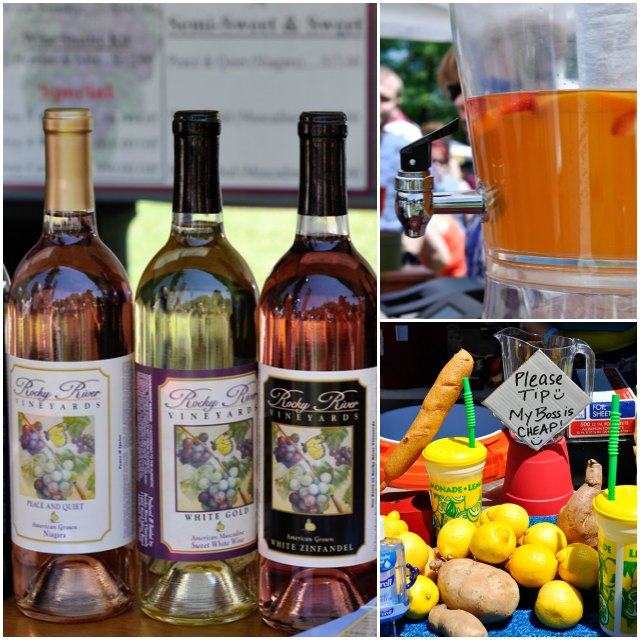 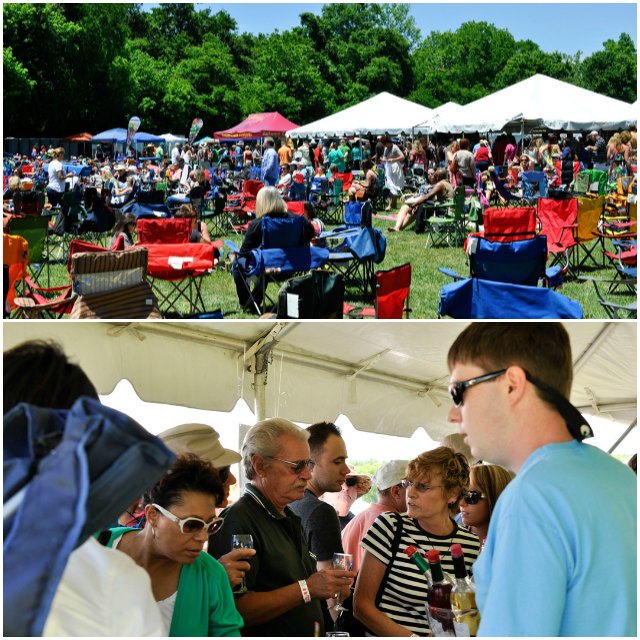 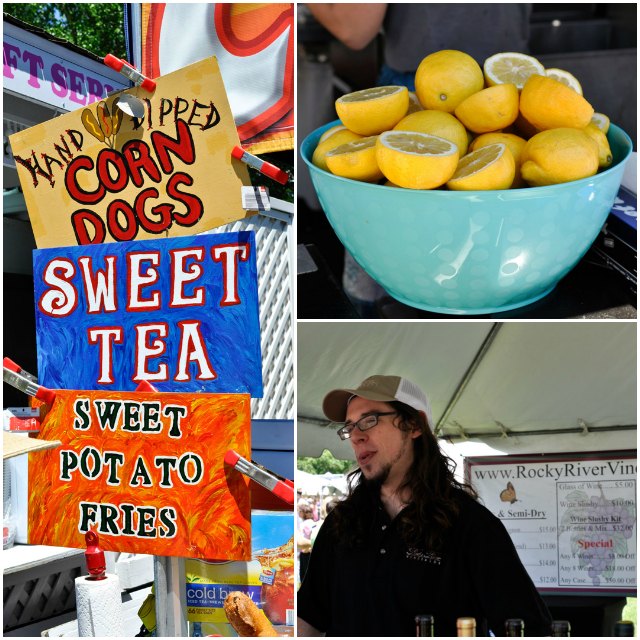 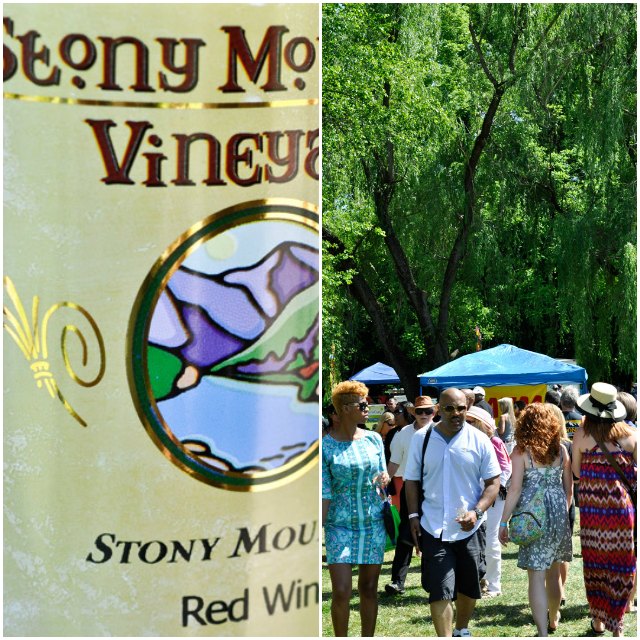 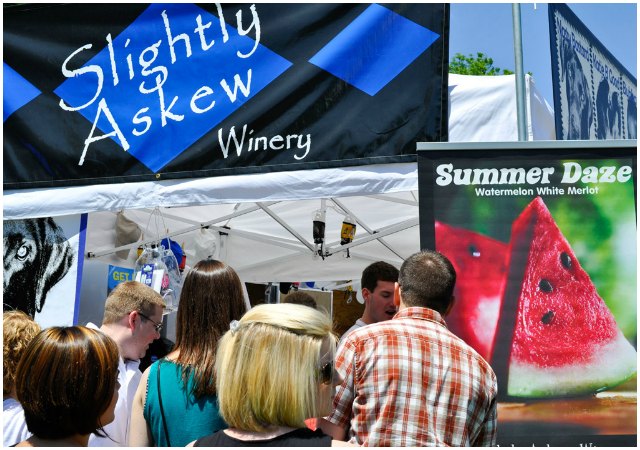 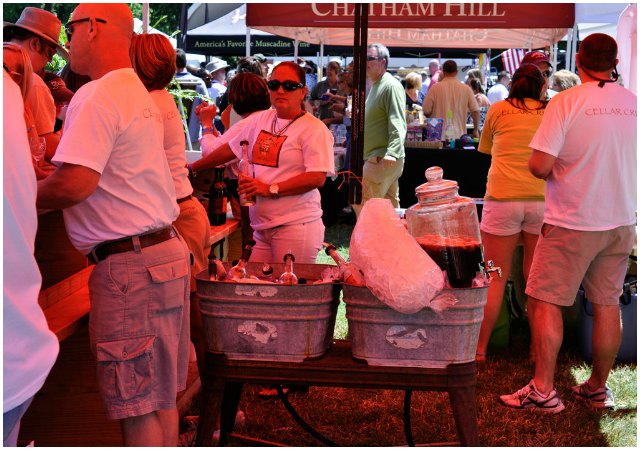 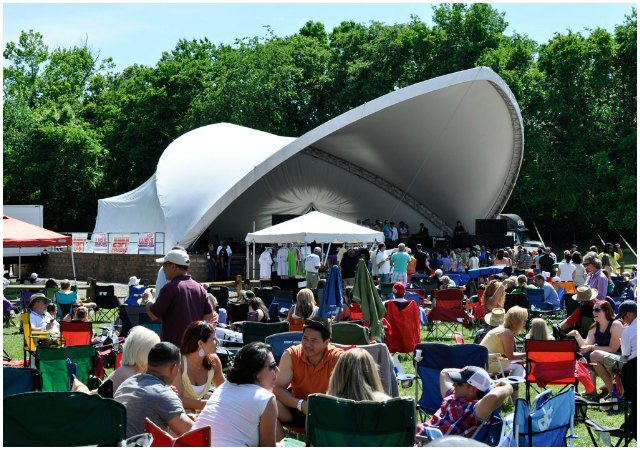 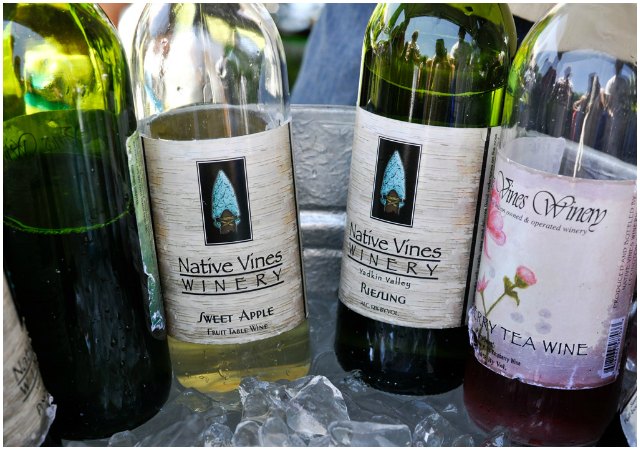 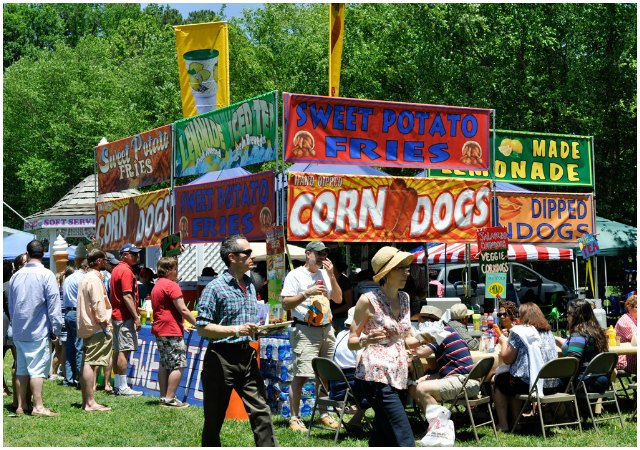 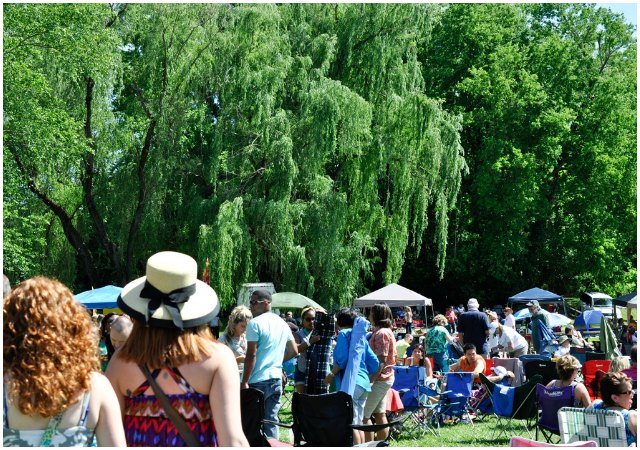 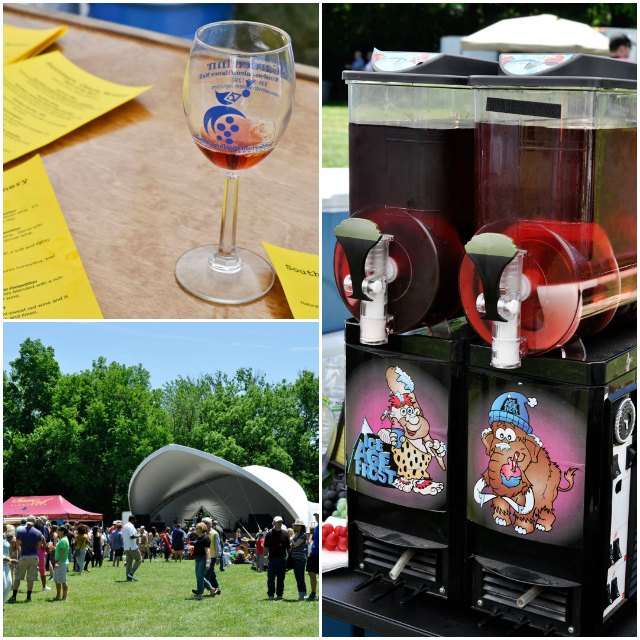