When I was a little girl, my parents and I would drive up every summer or christmas to visit my family.  During our trip, there was always one afternoon when just the three of us would drive out to the covered bridge just to walk through the aged walls and to sit under the tall trees at the picnic table.  It was our special place for me.
Skimming my fingers down the wooden planks, with their variety of textures and range of colors, from rust to mahogany to a slight cobalt , I was touching a small piece of the past, a tiny gateway into a different time where things moved and changed differently; where people lived differently.
Times of war and times of peace bear their marks on a landmark that you can touch and feel.  Its like taking a history lesson by being able to touch a piece that someone of a different time touched as well.  Like a message in a bottle, stored and saved, to be seen by some else.  One tiny connection.  Even the corn fields around the bridge, that once saw many battles of the civil war, you can still find bullet shells or maybe a general's button, locked away by years of growth and restoration for someone of a new time to discover.
So now, even when I visit Virginia alone, I still make a point to visit the bridge as well, whether its to get a few minutes away from the chaos generally happening when 13 grandchildren are in one place, or whether its to clear my head before coming home to North Carolina, and it remains a special place for me.

Meem's Covered Bridge
Meem's is the longest remaining covered bridge in Virginia, with 200 feet in a single span.  It is  supported by the burr arch, was built by Franklin H. Wissler in 1892-93.  It is Virginia's only covered bridge open to vehicular traffic and was placed on the Virginia landmark register as well as the National Historic register in 1975.
The bridge was built to provide Mr. Wissler access to his apple orchards at Strathmore Farms, which were the first apples to be grown commercially in the Shenandoah County.  Located one-half mile northwest, the bridge is a Burr Truss design, a combination of arch with vertical an diagonal supports and all the construction materials were obtained locally.
The bridge carried traffic over the North Fork of the Shenandoah river for more than 80 years, before being burned by arsonists on Halloween in 1976.  Though the fireman were able to put out the flames in one hour, the flooring was burned beyond repair, the sides burned down to the decking, and the roof was charred.  However,  the bridge was restored and reopened in 1979 with original timbers that could be salvaged integrated with new steel beams and concrete piers. 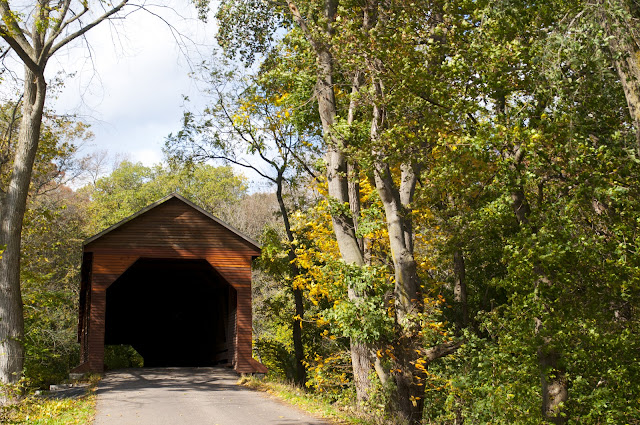 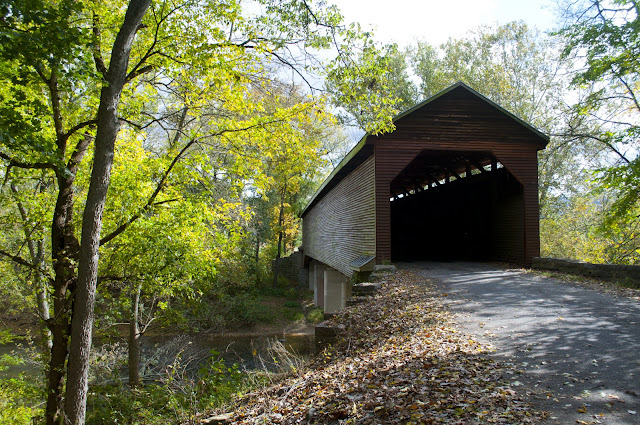 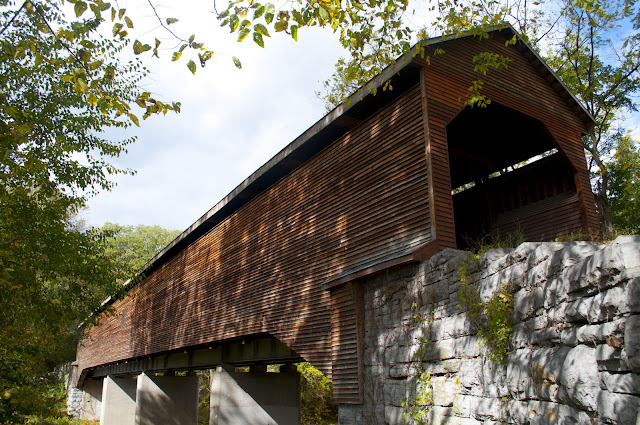 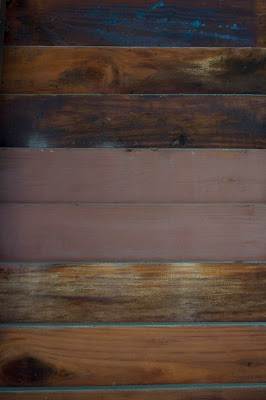 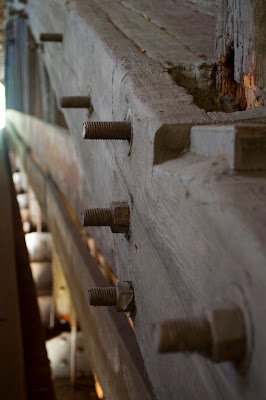 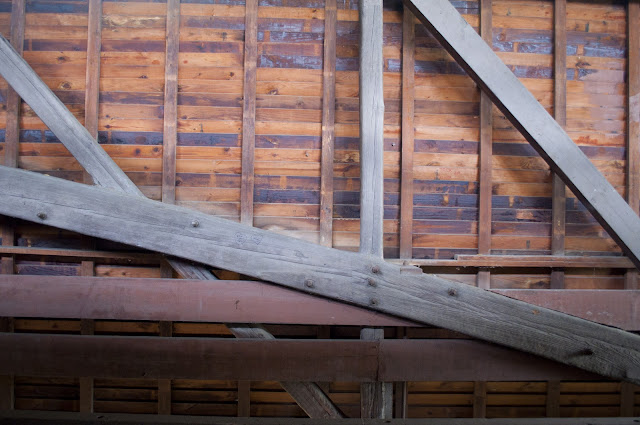 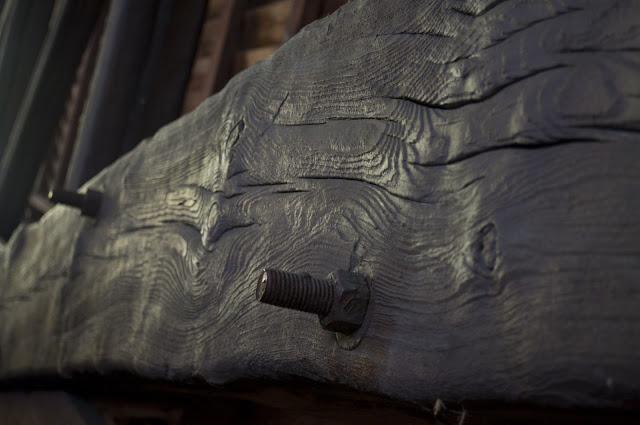 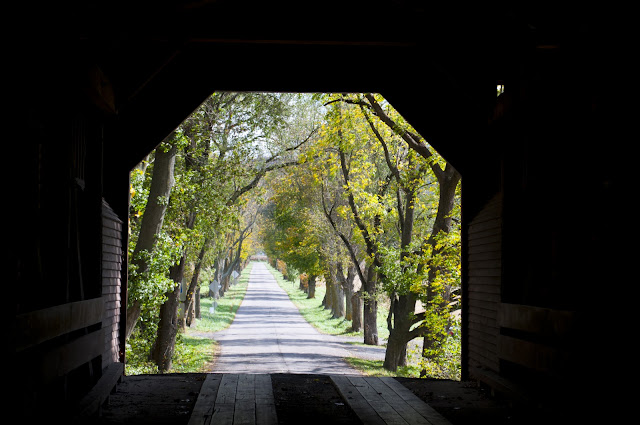 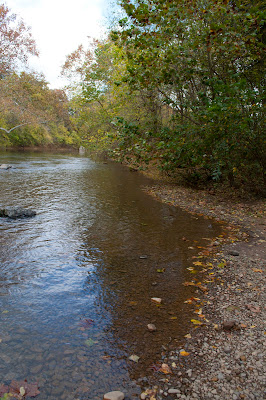 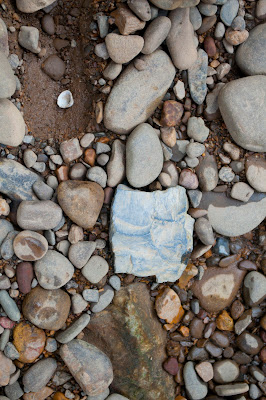 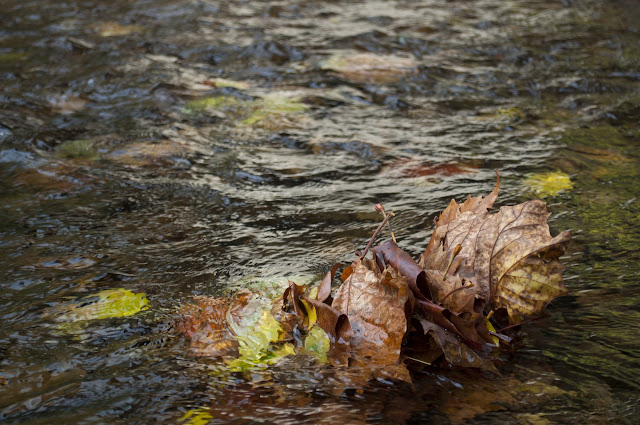 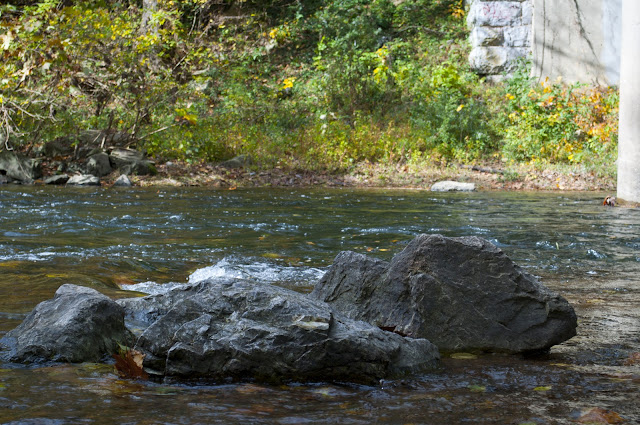 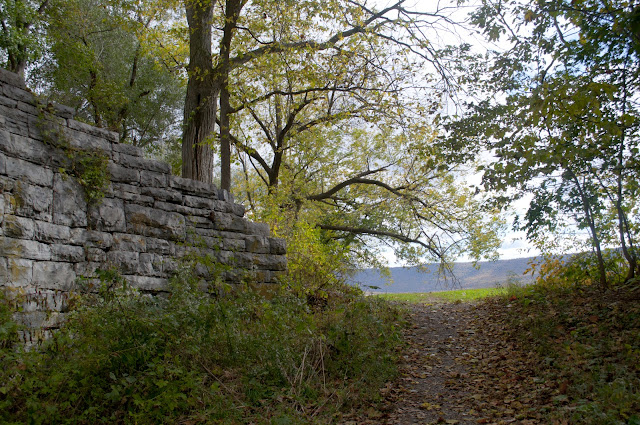 Fields of Glory
The Shenandoah Countryside is a place of strong ties to the past.  The civil war was waged on these fields.  Many strong men who fought for what they believed in, on both sides, died on these fields.  History was determined here.  Walking through the corn field, and down the river side, I can almost feel the breeze of a perfect day.  A day that was quiet, without the sounds of gun and war.  I can almost hear the thundering of a horses hooves against the ground.  I can almost smell the wildflowers in the spring.
Due to the prominence the Civil War had in this area of the country, there are many monuments along the roadside that state which important battle, or what war tactics happened there.  They are displayed as a self-guided tour that takes you along stop by stop.  By following the entire tour throughout the county, the Civil War Trail makes history accessible.  As I've gotten older, I gotten far more interested in history, which before was just a passing time, now seems like the things that have defined us.
These hills and fields are what's now left of a time past.  They have barred witness to times of desperate war, and have survived it.  I want to learn from these hills, to breathe in their strength, and to gain wisdom from what they have endured. 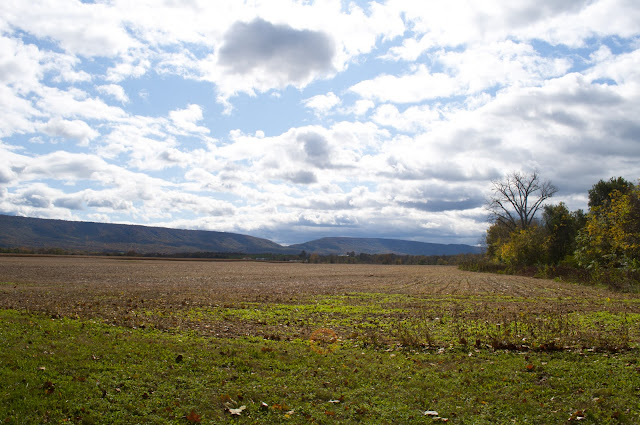 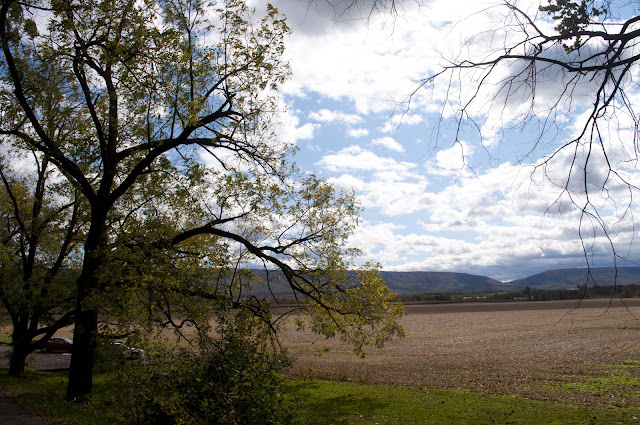 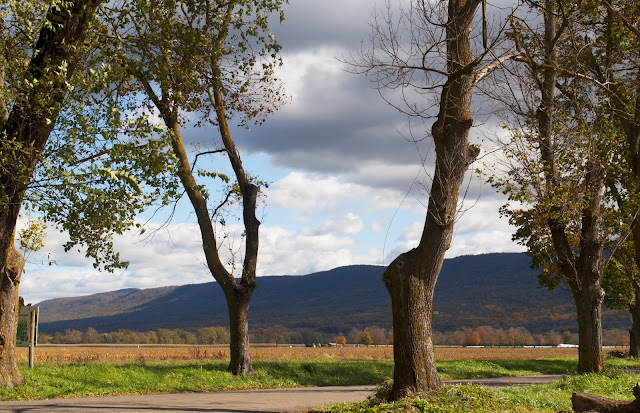 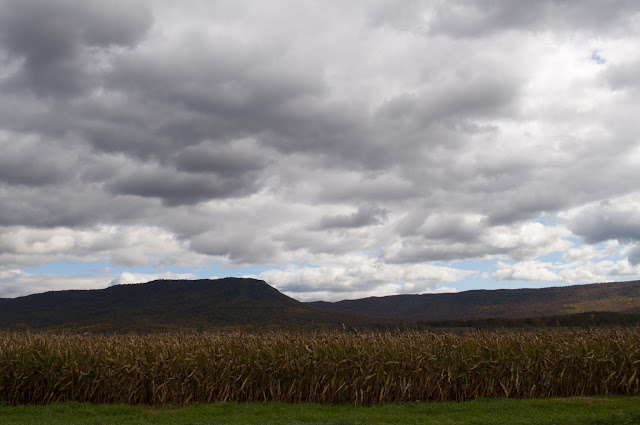 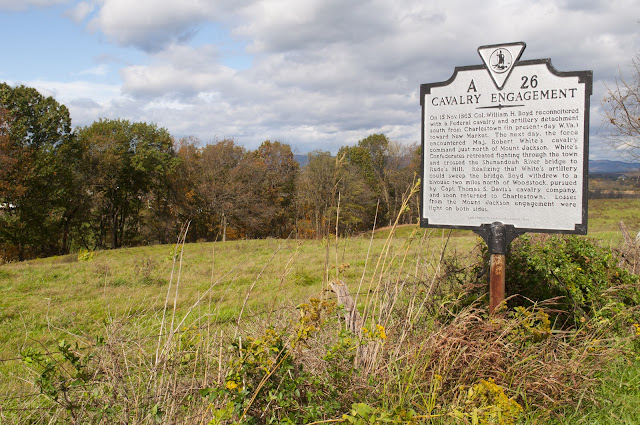 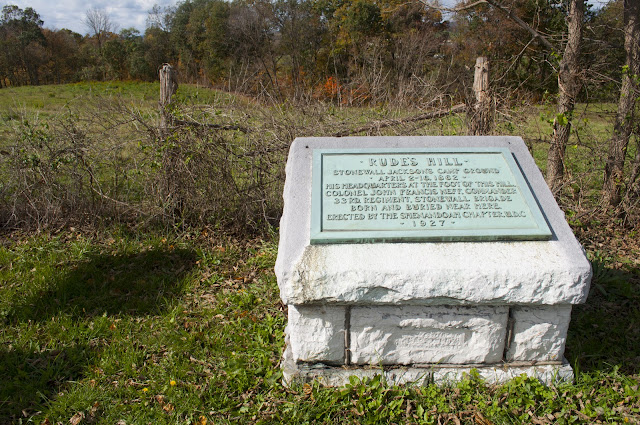 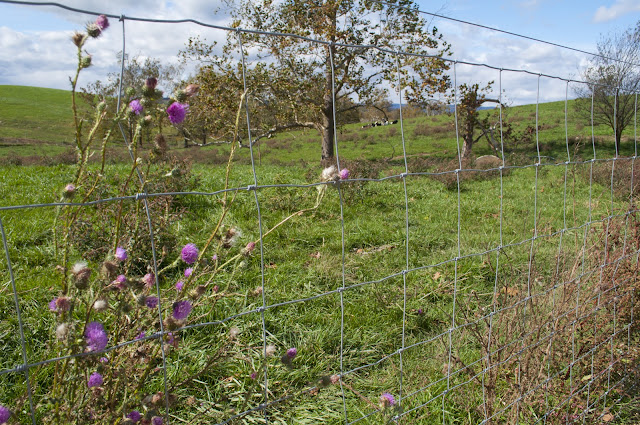 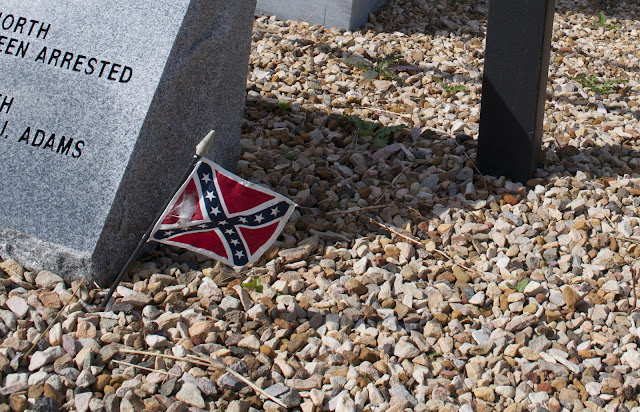 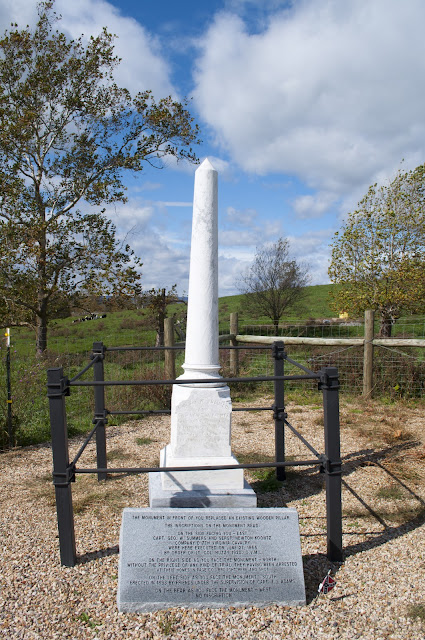 (Memorial to Summers and Koontz for the execution without trial)